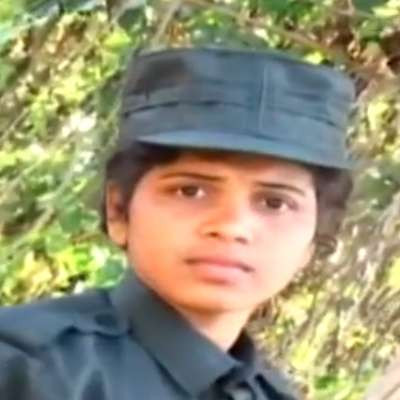 ⁣Batticoloa, Sri Lanka - 1 May, 2007
1. Wide of road with sign reading: "Batticoloa"
2. Close up of sign reading Batticoloa
3. Sri Lankan military barrier in road with sign reading: "Stop"
++ PLEASE BE ADVISED THE IDENTITY OF THE FOLLOWING WOMAN HAS BEEN DISGUISED DUE TO CONCERNS OVER HER SAFETY. ++
Eastern Sri Lanka - Recent
4. Tilt down of back of unidentified woman's head
5. SOUNDBITE: (Tamil) Marjula (not her real name), mother of child recruited by the Karuna faction:
"My son ran away two days ago. We cannot handover the child to the TMVP because he is not willing to go there at all. Now he is in hiding, but my family and relatives are also in hiding. Karuna cadres are also looking for my son-in-law and two of my daughters who also got married. So they are threatening to take my relatives, so we're in a terrible situation."
6. Cutaway of hands holding teacup
7. SOUNDBITE: (Tamil) Marjula (not her real name), mother of child recruited by the Karuna faction:
(Responding to reporter's question, not on tape/camera: We spoke to Karuna and they said that they don't take children forcibly, what do you say to that?)
"It's a total lie. They're forcibly recruiting children, and whenever international people are going to the camps they're trying to hide the underage children. They tell the children beforehand that if someone asks them (if they are child soldiers) they should state that they joined voluntarily."
Batticoloa, Sri Lanka - 1 May, 2007
8. Wide of Megarasa Nithaharan, former Karuna cadre, 15-years-old walking in street
9. STILL shot of Karuna cadre
10. Wide of Megarasa's house with mother walking
11. SOUNDBITE: (Tamil) Megarasa Nithaharan, former Karuna cadre, 15-years-old:
"For two years I was with TMVP, and UNICEF came and took me away from the TMVP office. They (UNICEF officials) came to the office and took me away."
12. Mid shot of Megarasa Nithaharan's t-shirt
13. Schoolchildren
Colombo - 29 April, 2007
14. UNICEF spokesman, Gordon Weiss getting out of vehicle
15. SOUNDBITE: (English) Gordon Weiss, UNICEF spokesman:
"We feel stalemated by the Karuna group at the moment. We've been negotiating for access to the camps for a long time. The purpose is to verify the recruitment of children, whether they're in the camps and how many there are. We have a list of about 195 children we believe are with the Karuna group at the moment, and we're not getting any cooperation from the Karuna faction."
16. Weiss walking into UNICEF offices
Colombo - 29 April, 2007
17. Mid shot of sign reading: "Thamil Makkal Viduthalai Pulikal" (TMVP)
18. Mid shot of S. (no first name given) Padhmini, TMVP Political Secretary
19. Cutaway of Padhmini
20. SOUNDBITE: (English) S. (no first name given) Padhmini, TMVP Political Secretary:
"Actually we don't have any need to recruit children, or to recruit cadres to our military wing because the purpose of our military wing is only for our self-defensive purpose, not to engage in military operations. The security of this country is up to the government and the security forces."
21. Wide of TMVP offices, with Sri Lankan military providing protection to the office
FILE SHOTS Kilinochi - May 2004
22. Close up of LTTE young female cadre on Malthi day, or uprising day
23. Mid shot of group of young female LTTE cadres
24. Close up of face of young female, LTTE cadre, zoom out to group
STORYLINE:
The Karuna group split from the separatist Liberation Tamil Tigers of Eelam
(LTTE) in 2004 and now fights against them.
Rajan has refused to return to Karuna. 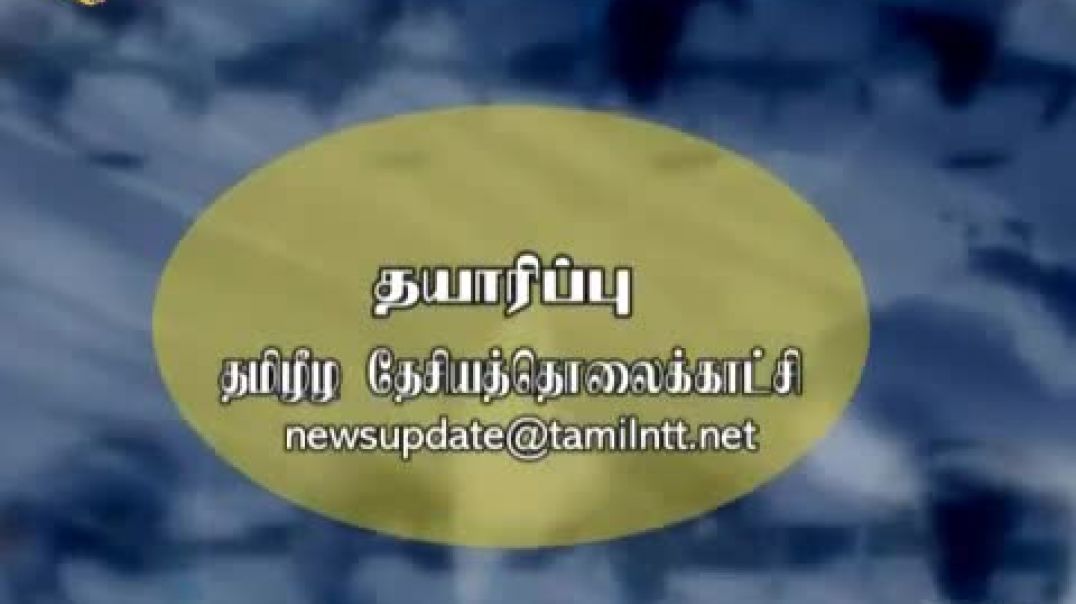 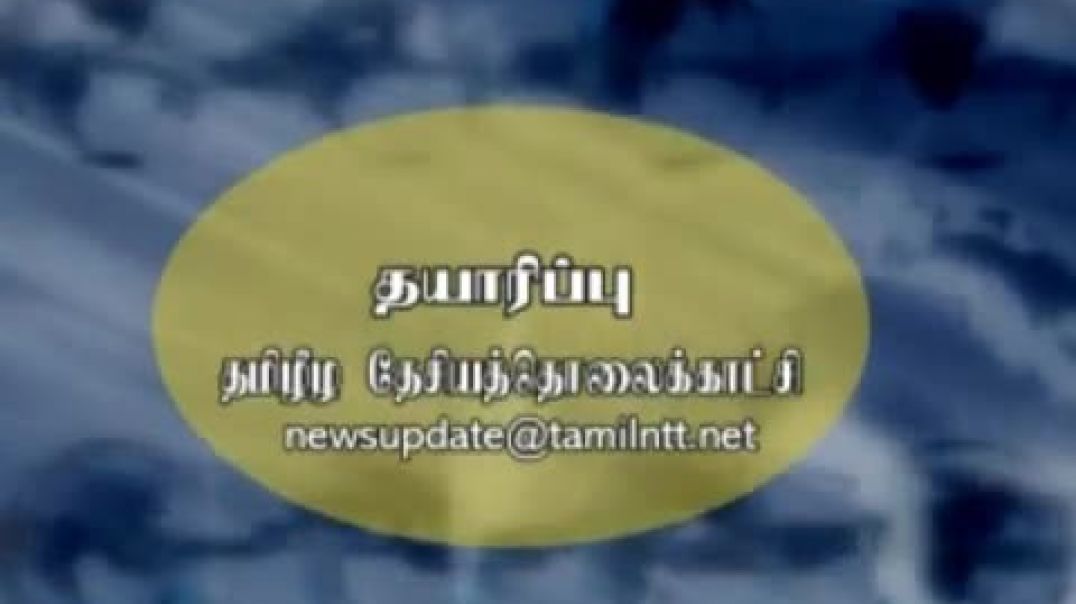 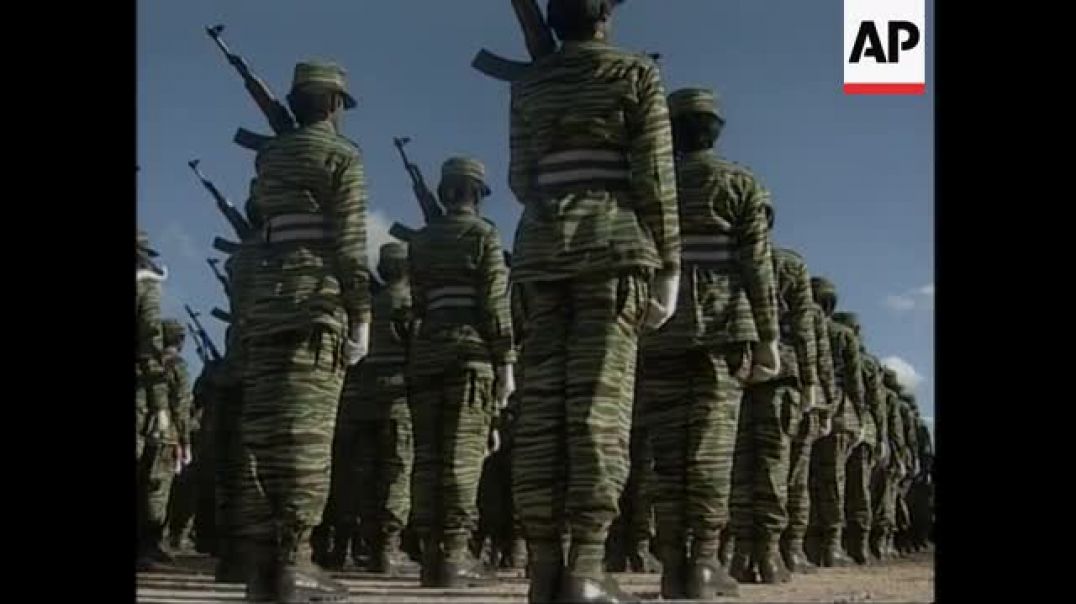 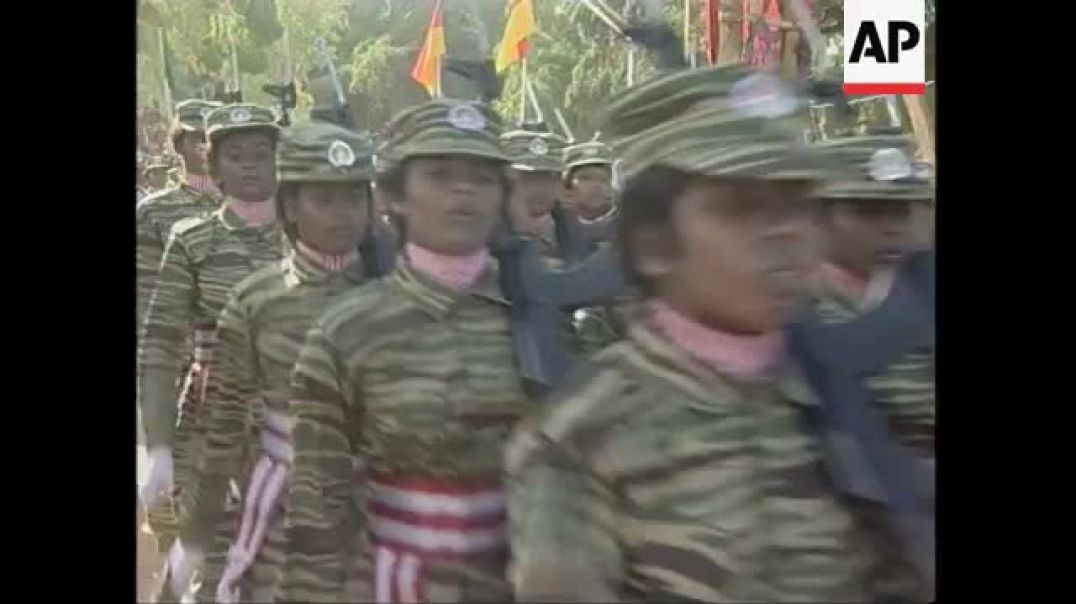 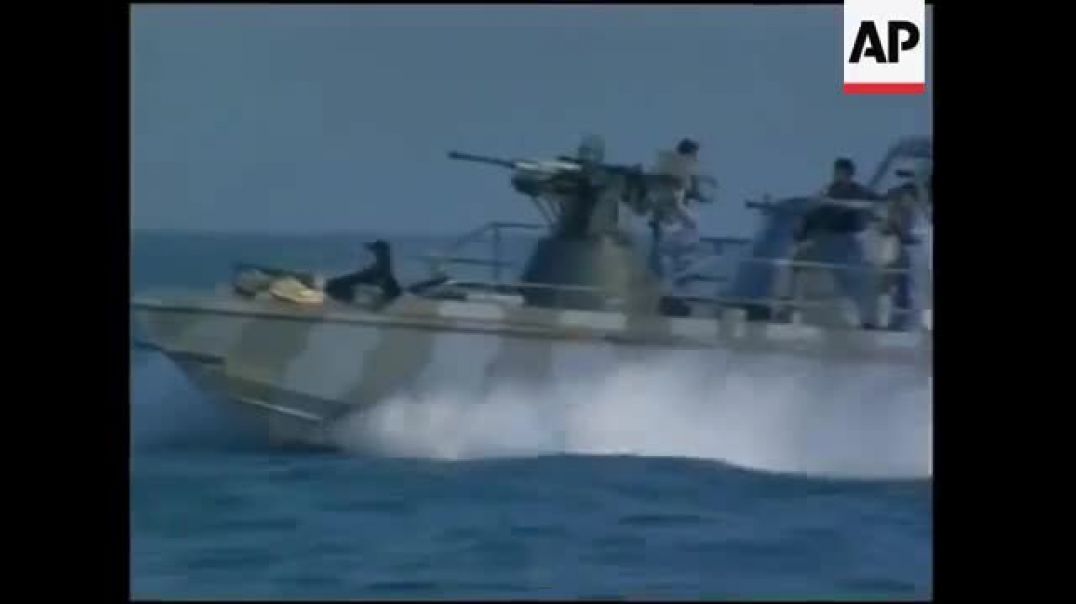 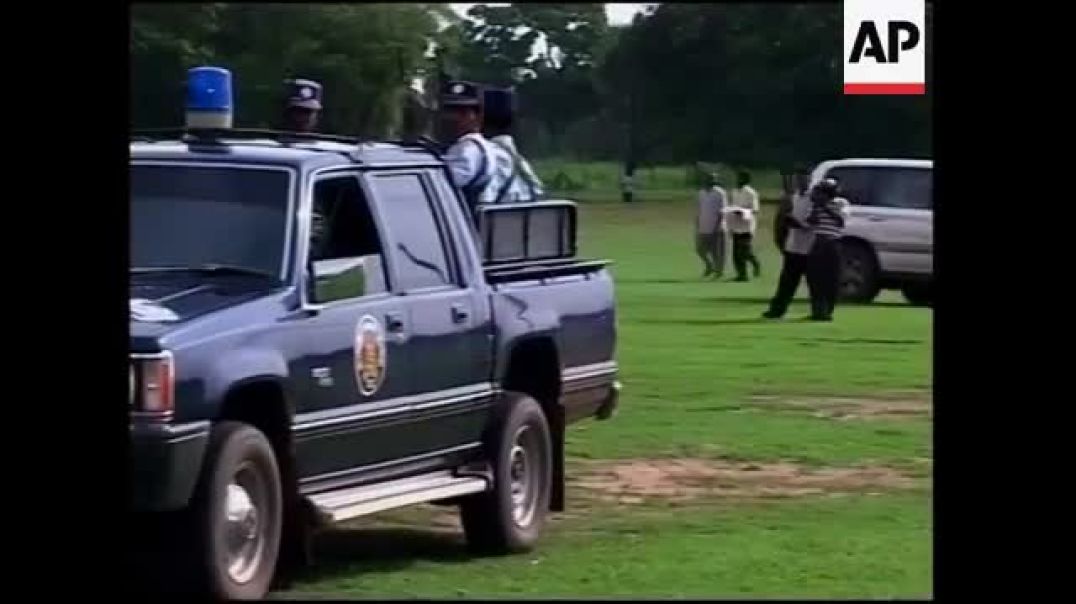 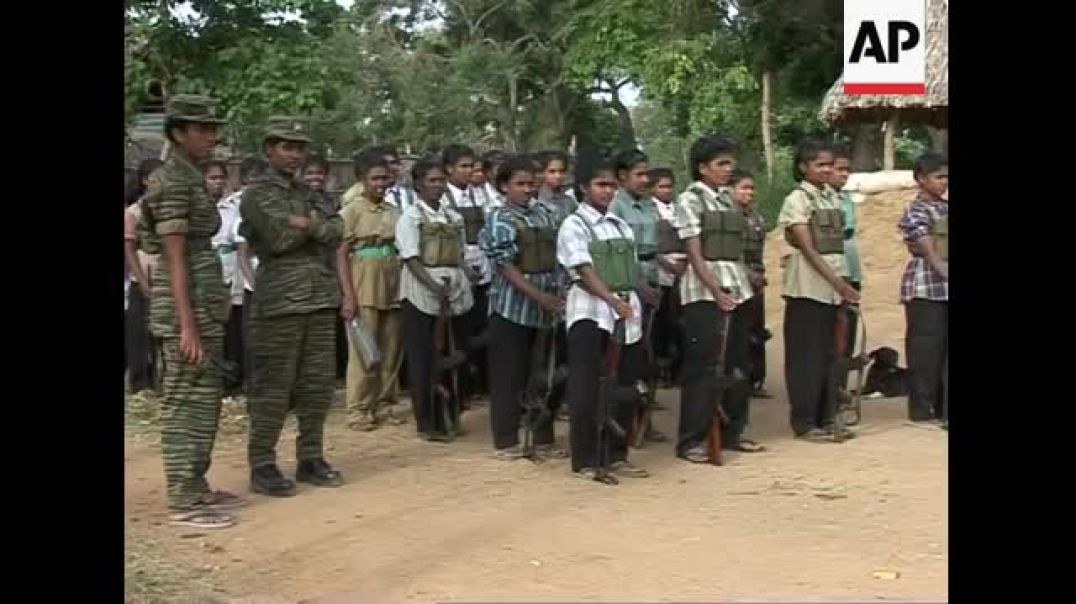 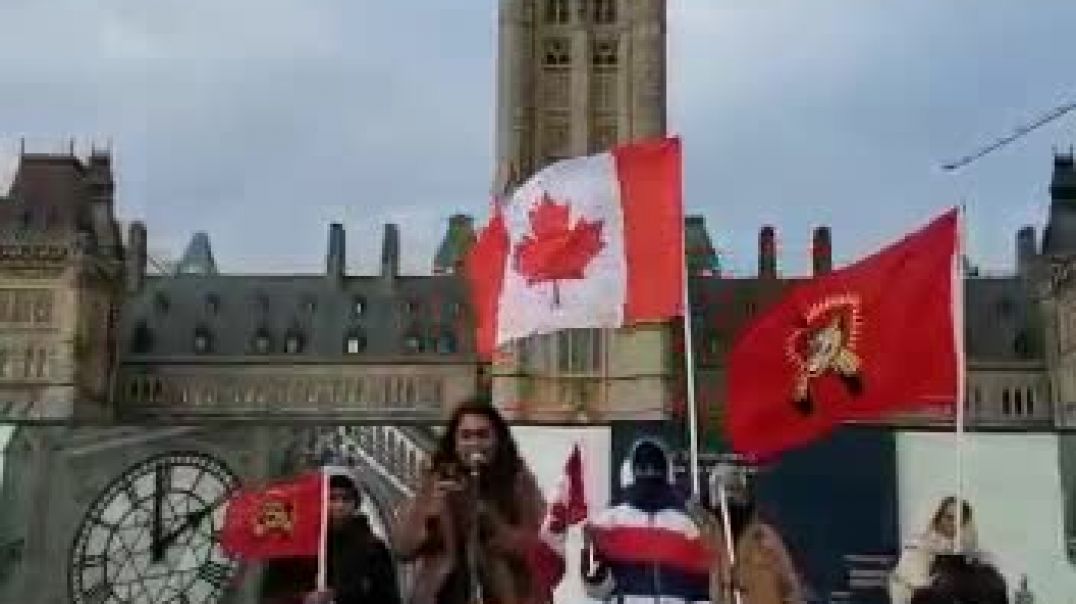 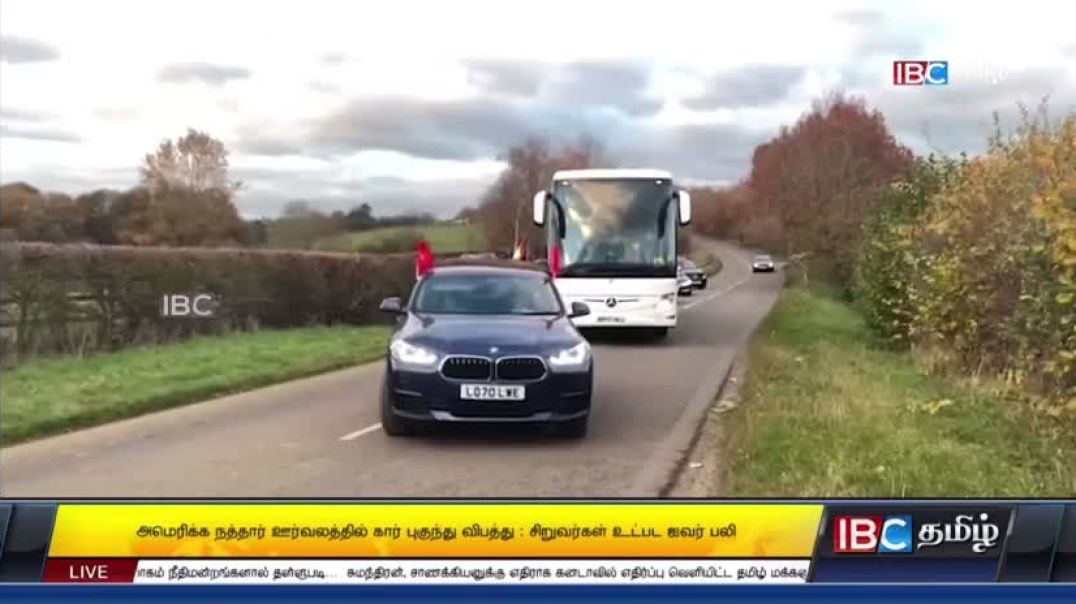 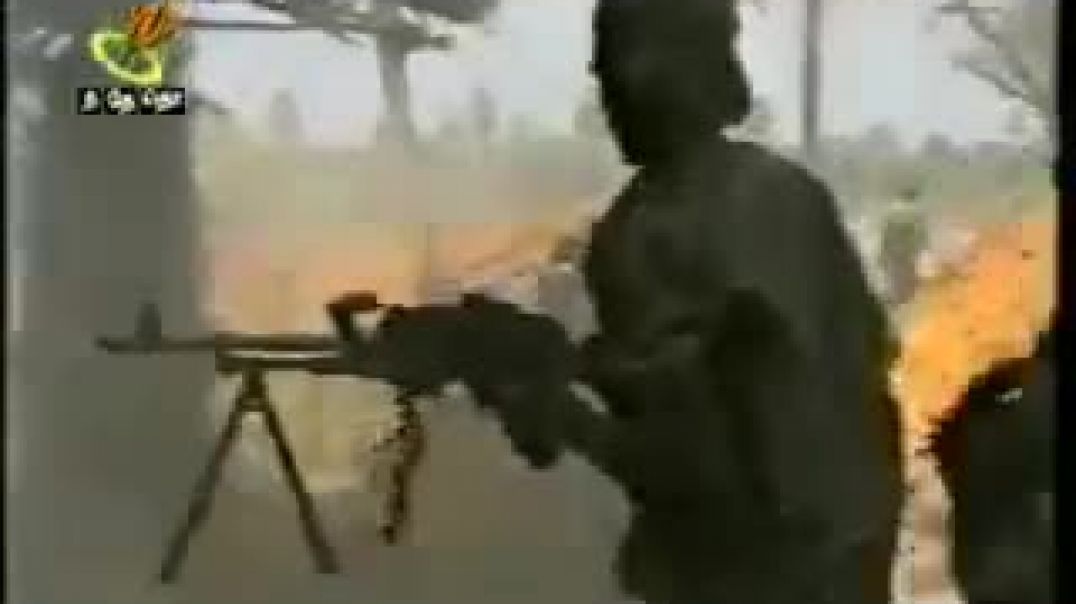 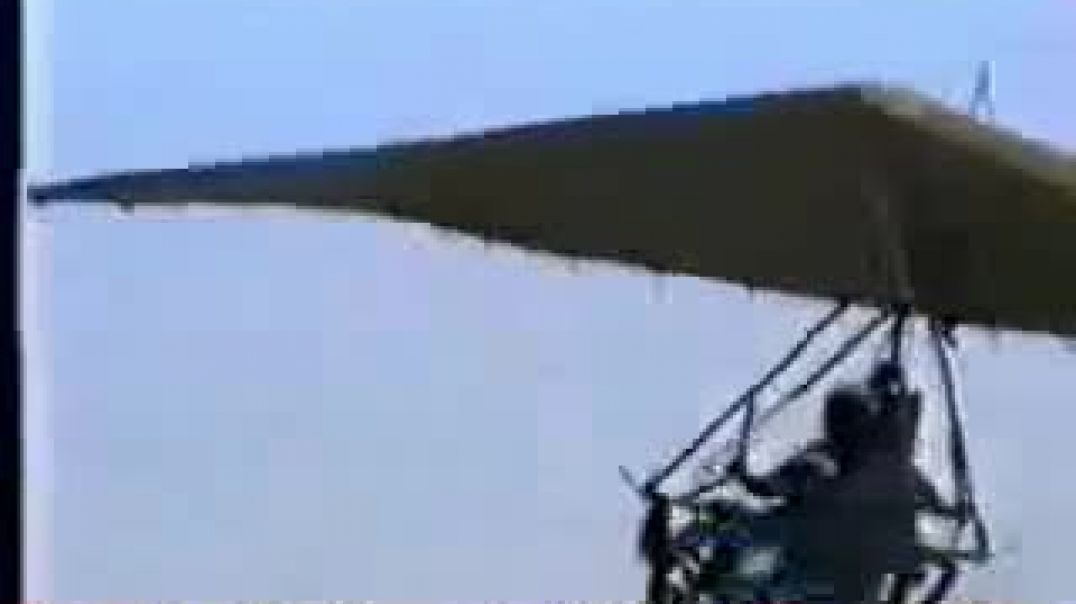 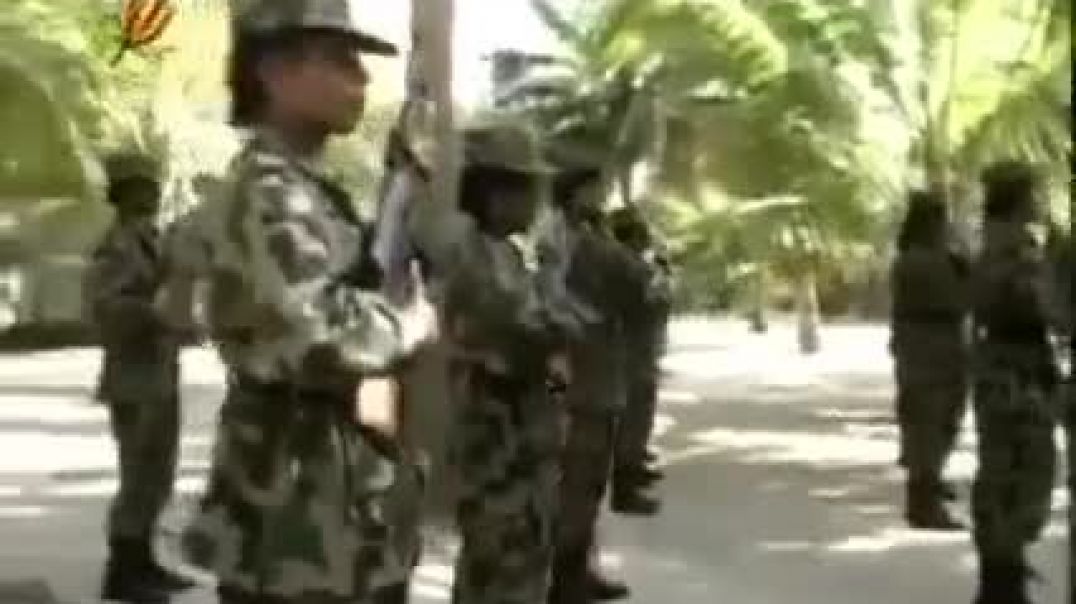 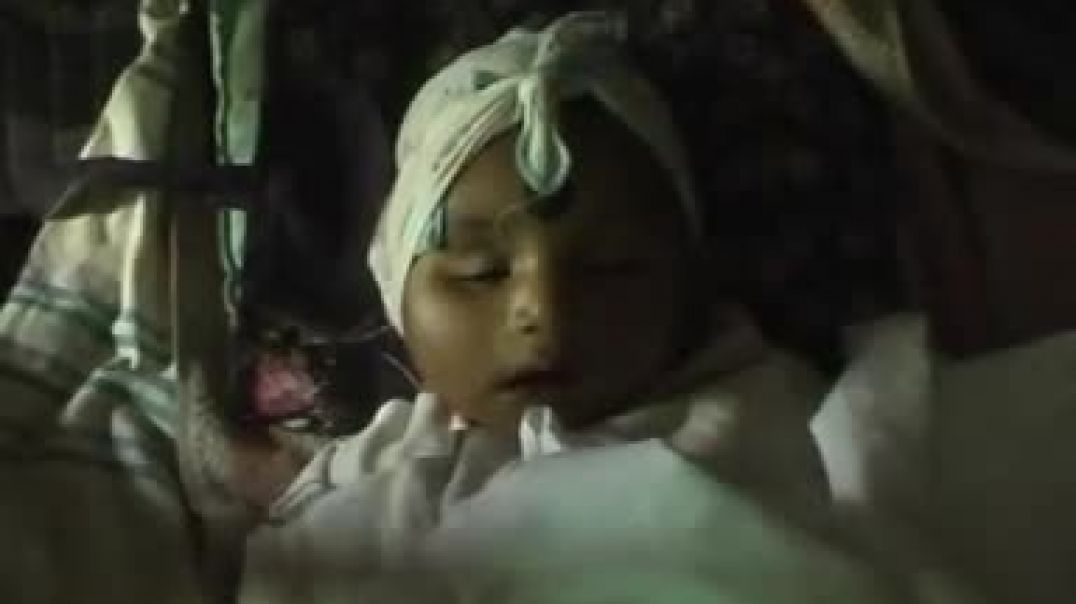 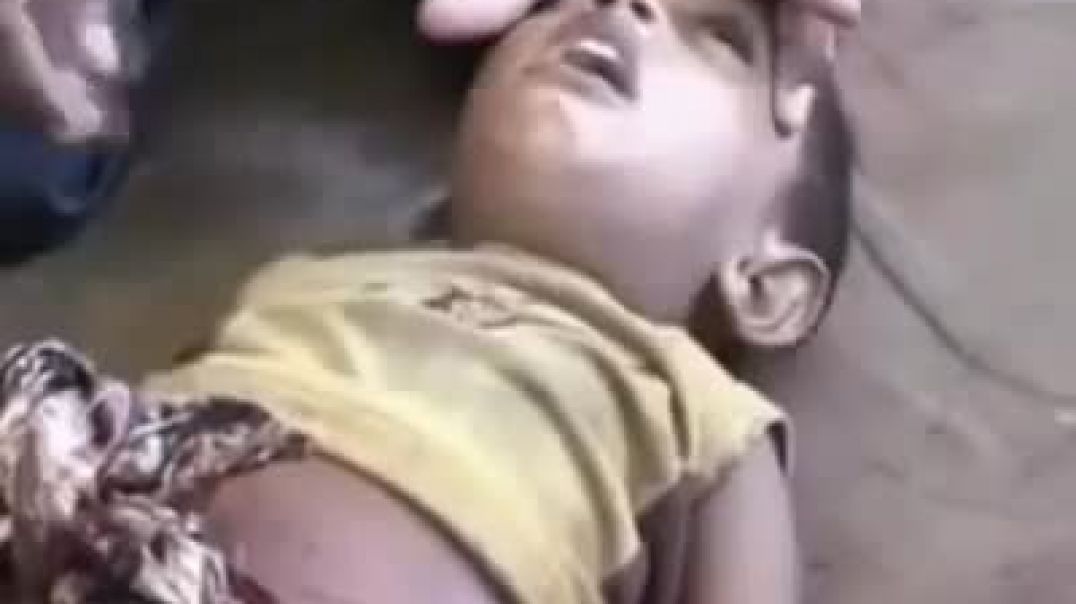 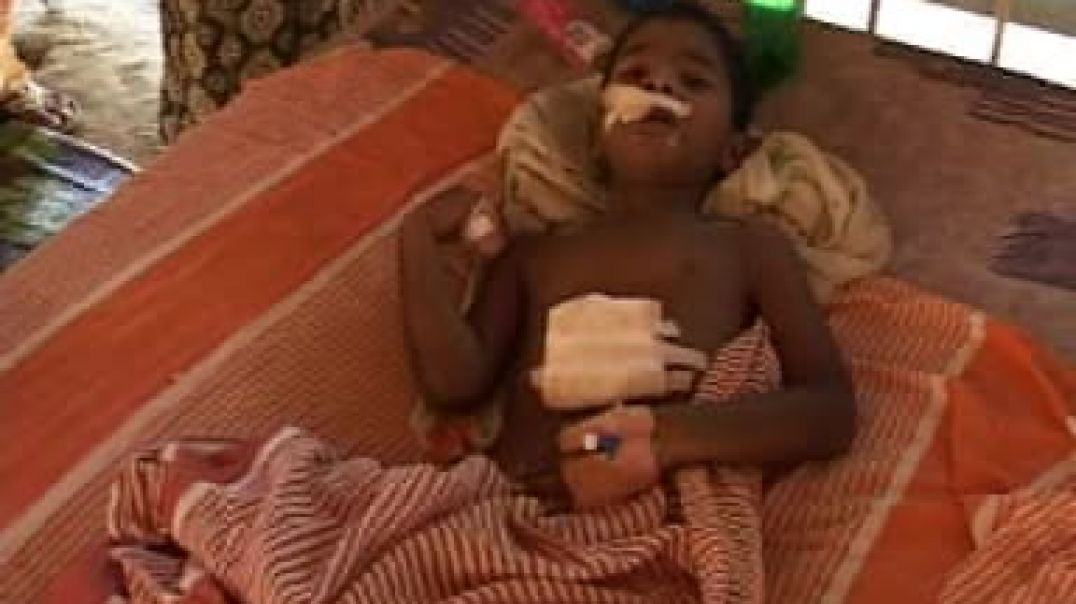 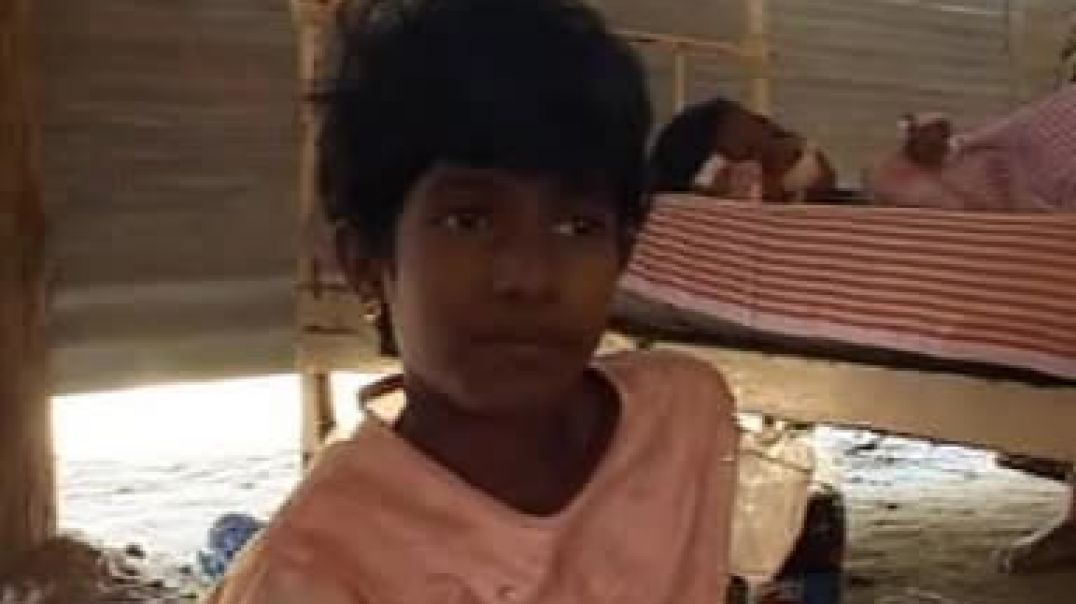 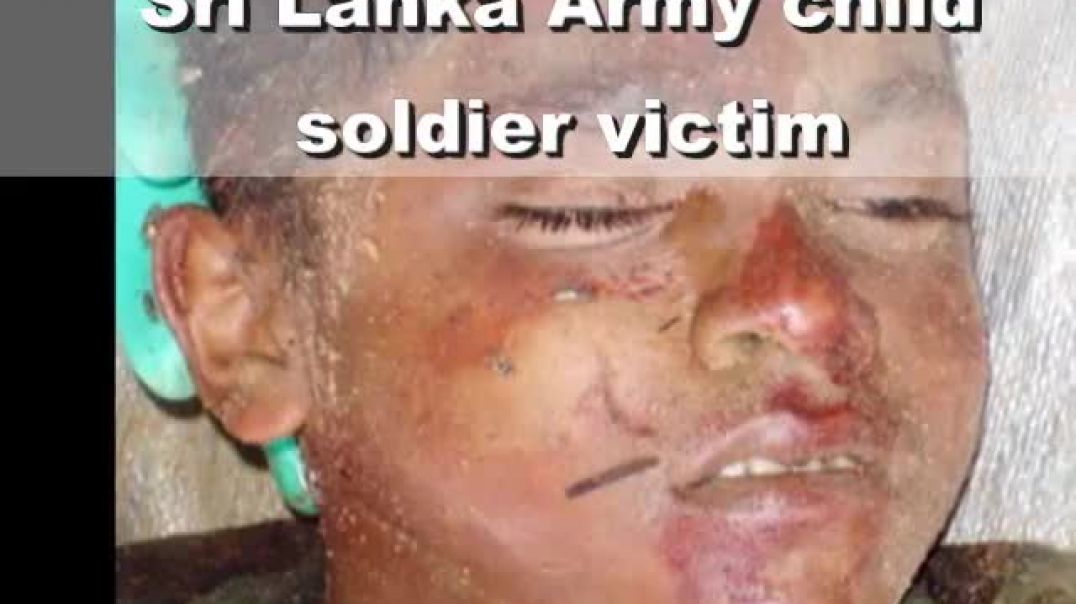 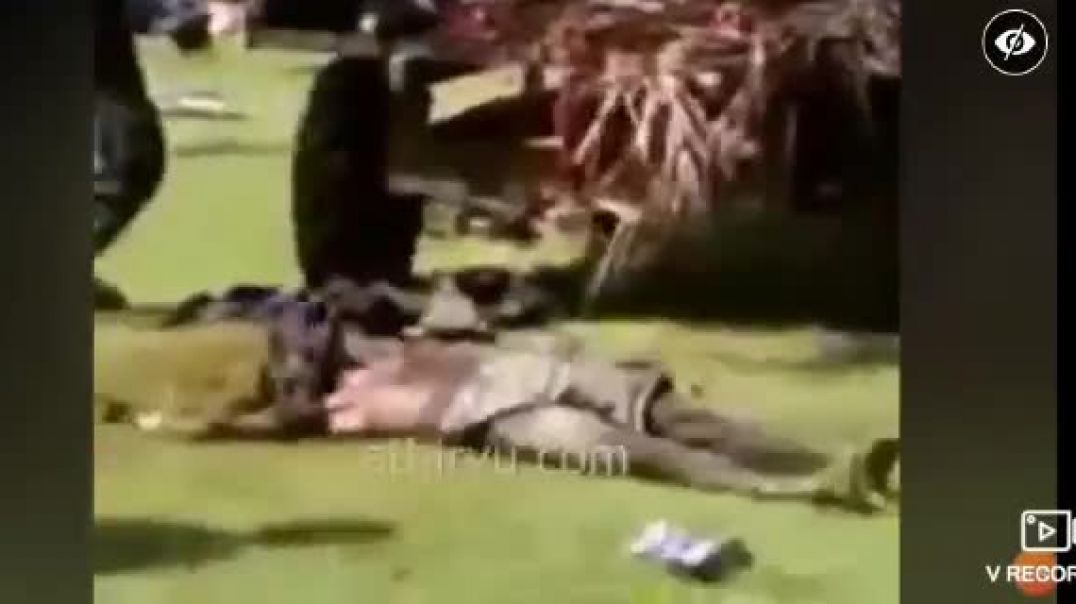 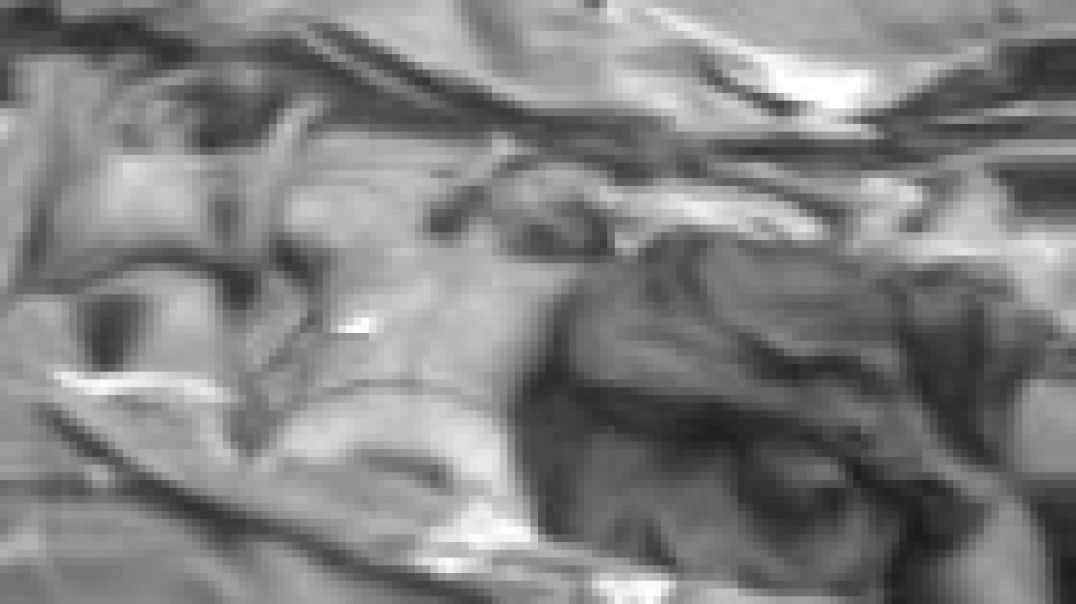 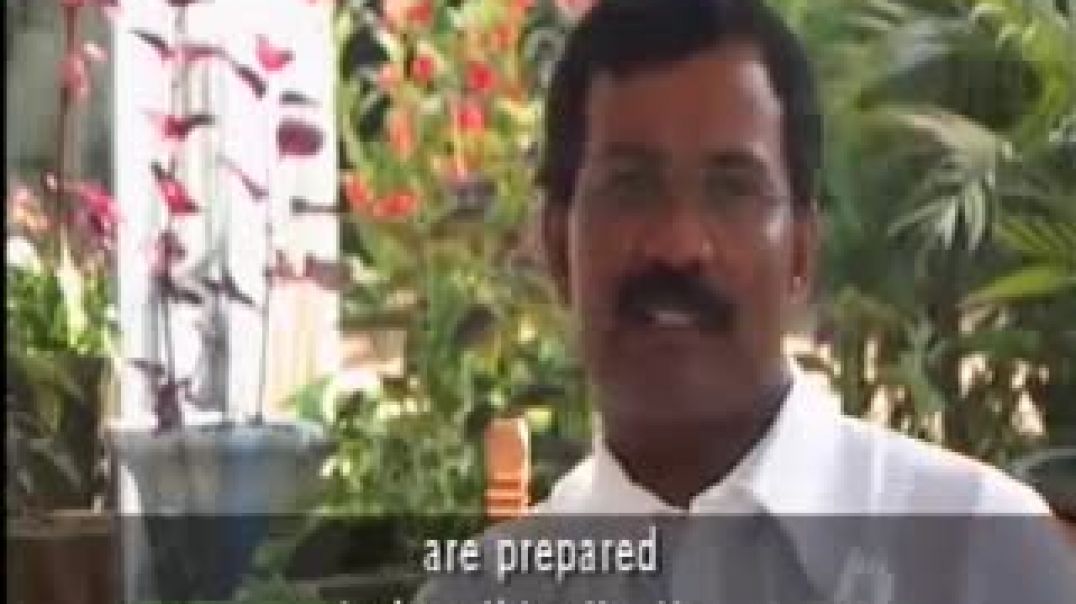